On Saturday we went to the Beach at Budleigh Salterton.

The sea was a pinky mauve from the earth washed down by the river Otter.   I wanted to find seaweed to sketch for a large canvas that I am about to start. I thought that with the recent storms there might be much washed up, but I only found a little Oar weed and Egg wrack on the upper shore, the Oar weed, a burnt sienna/sepia colour.  William Harvey  , an Irish naturalist, an inspiring draughtsman, produced 3 beautifully illustrated volumes of seaweed illustrations, in which these two are shown. Curiously he died not far away in Torquay in 1866. 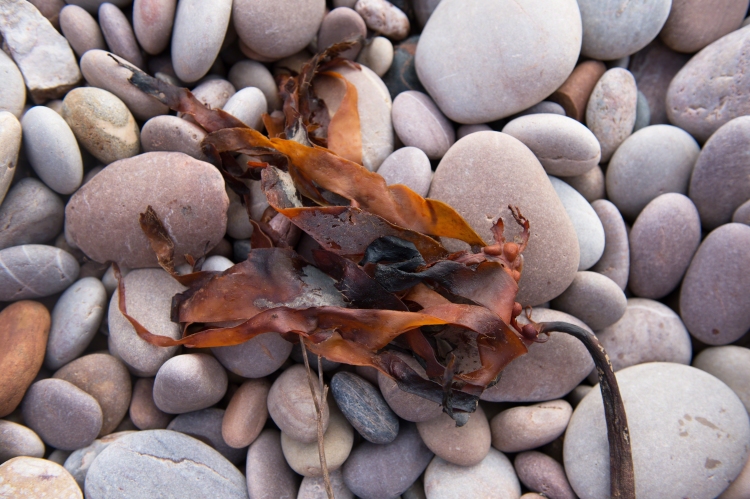 I’ve always been attracted to the red earth of the cliffs above the beach at Budleigh. I found a clump of red earth that had fallen and took it home to use as a pigment for the background of the sea weed sketches. I used to do this when we first moved to France, nearly 30 years ago. There I did a series of landscapes using the pigment from the rusty orange earth above the Lot Valley, near Lherm, the same pigment that was used in parts of the cave paintings at Cougnac 25,000 years ago.  The medium was spit and animal fat. I use something out of a tube. 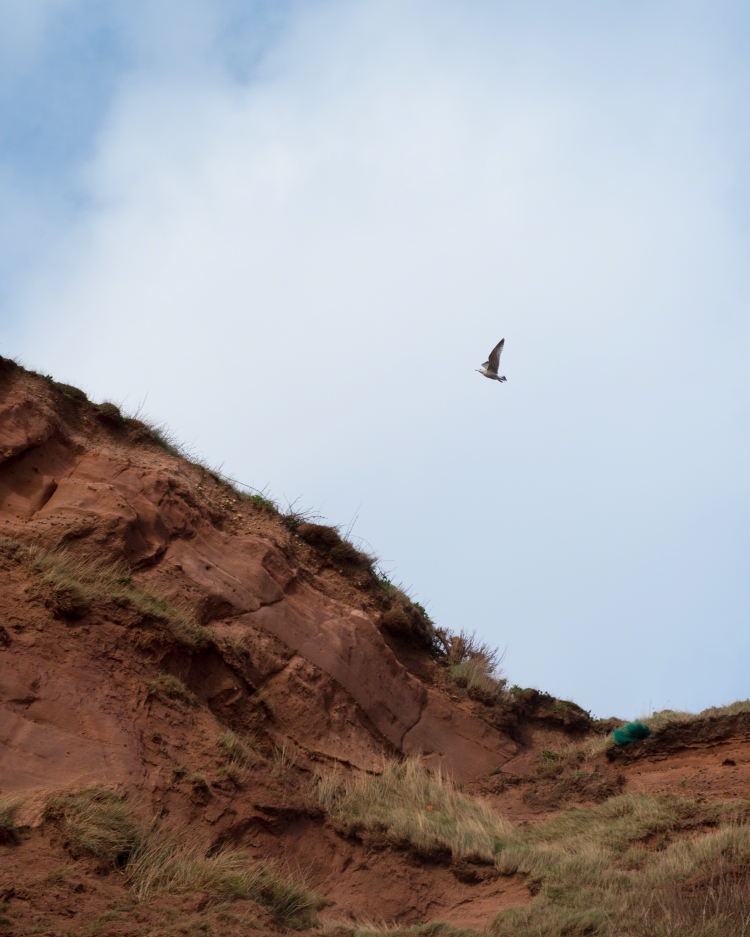 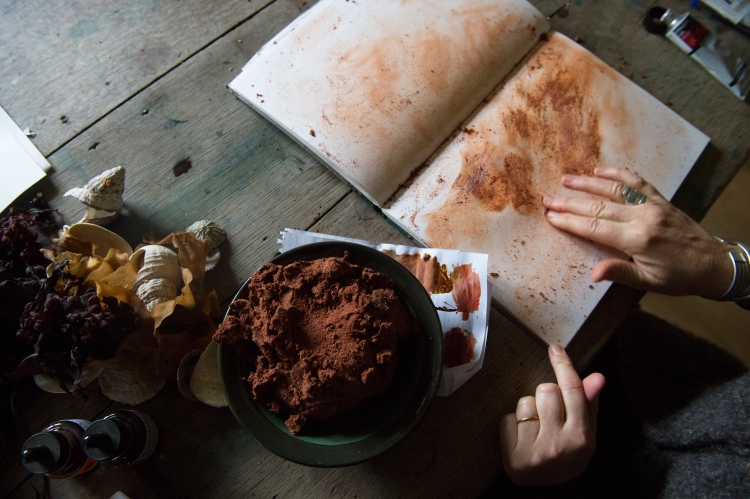 Rubbing in the pigment for the background 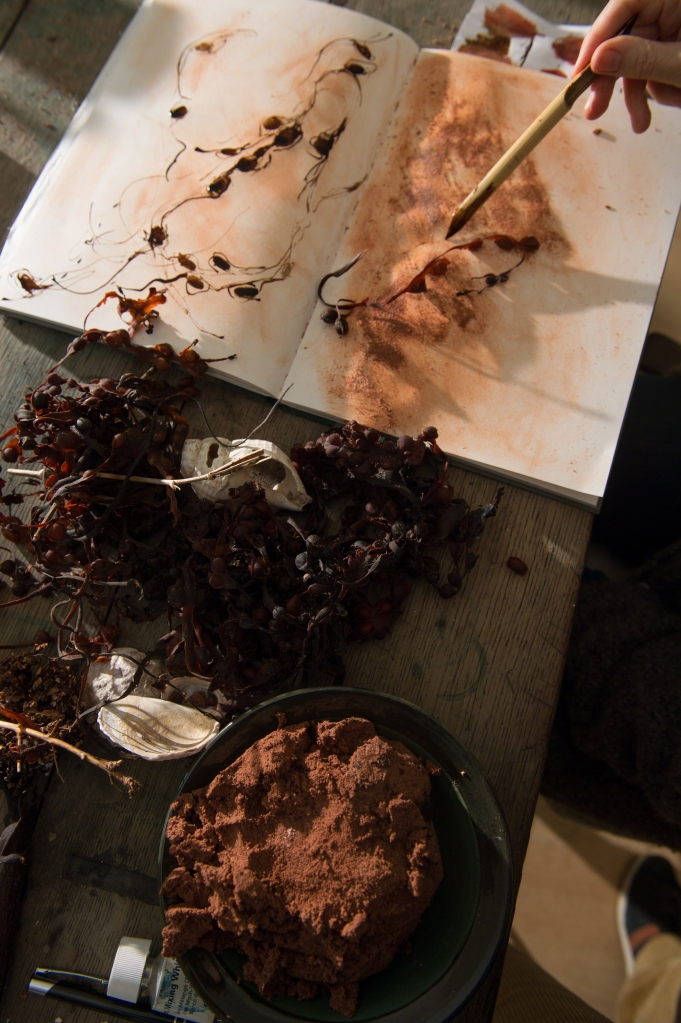 Gwenver Beach is just to the north east of Sennen Cove.  On a clear day you can see the Scilly Isles.

On the day we went the sun shone all day. I took my sketch book and was rewarded by finding Sea Thrift growing along the fringe of the beach.

It is also known as Ladies Cushions, Heugh Daisy, and Cliff Clover. 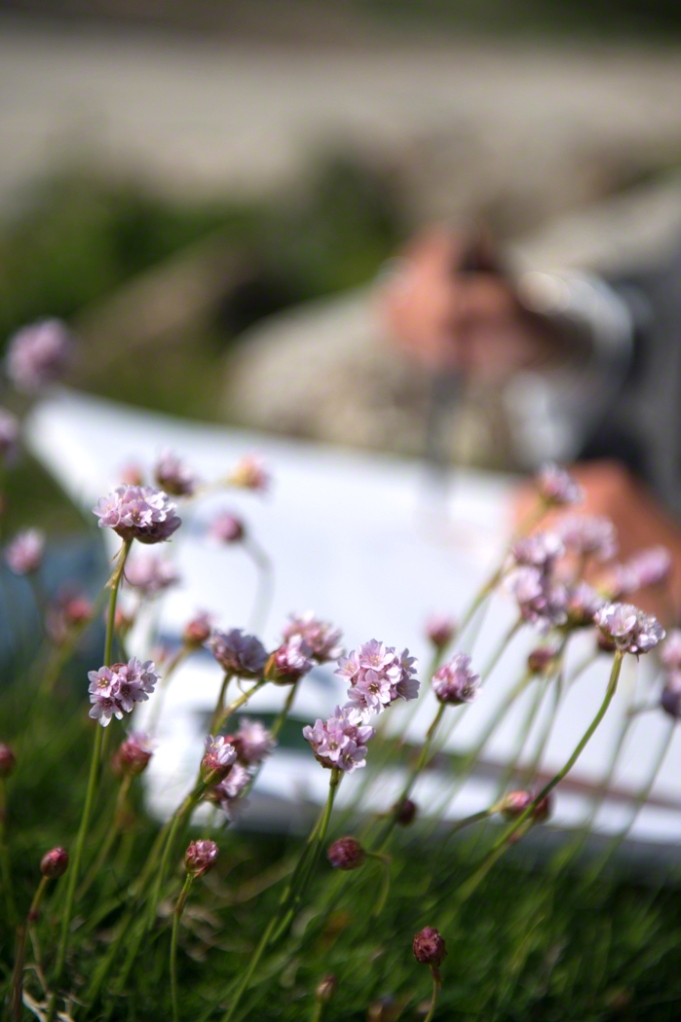 The Sea Thrift plant was on one side of the old brass thrupenny bit minted between 1937 and 1952. 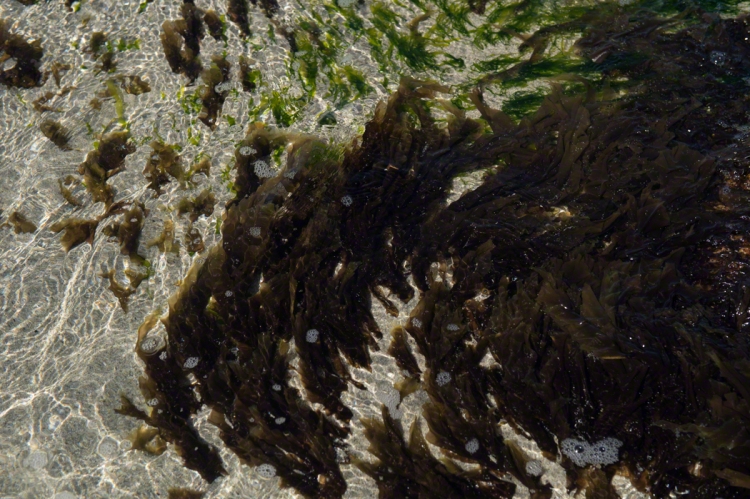 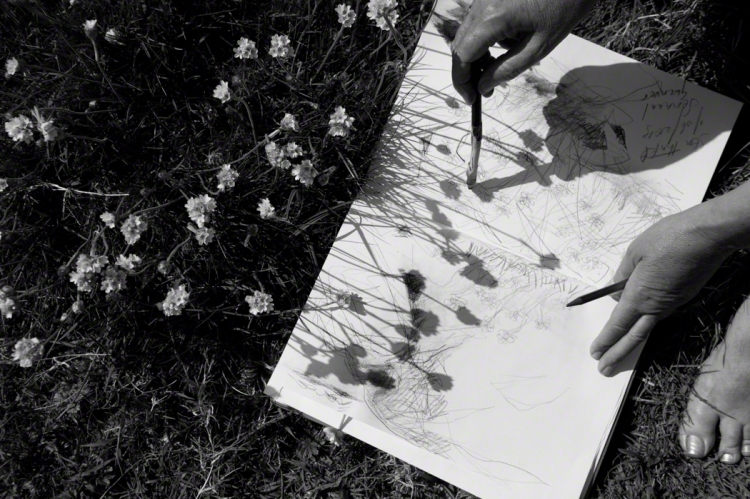 And I also found Sea Holly growing, though not yet in flower.